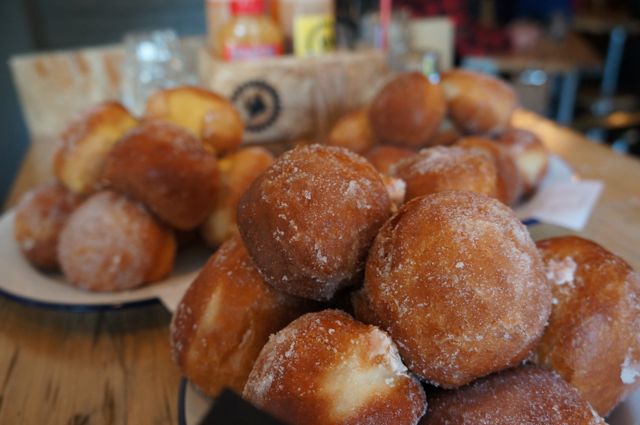 There, I said it.

Twitter is just one of the best ways to take you out of everyday life and put you in a room surrounded by doughnut-loving food bloggers and social media addicts one chilly Friday lunchtime.

This is exactly what happened whilst towards the end of last week I was Twittering away with Vladimir Hromek, the Head Chef at Smokeworks in Cambridge. 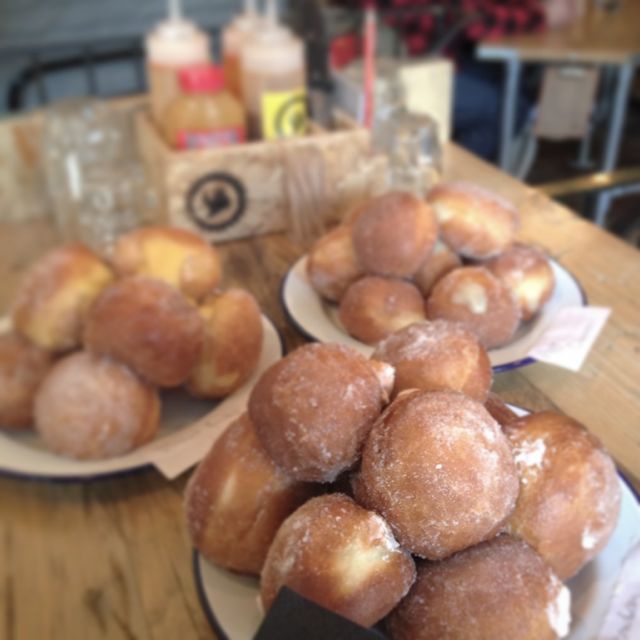 Vlad had Tweeted the following question: “We are trying variations on our own doughnuts! Our favourites: sweet: Apple savoury: Pulled Pork and bacon jam!! Anyone would like to try?”

Well, this was a stupid question… of course I was game… who wouldn’t want to try an intriguing sounding Pulled Pork dougnut with bacon jam?! It was in fact delicious, with less sugar than its sweeter friends, it was filled with lots of pork and a smattering of jam (in fact I forgot to really taste the jam as I was enjoying the pork so much). 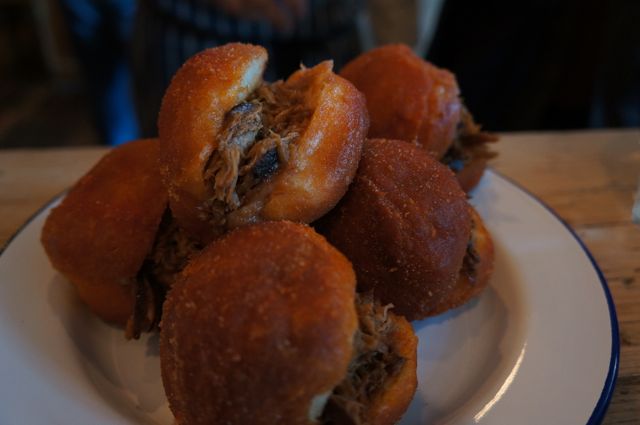 I think it’s a great idea to try a savoury doughnut option, perhaps served warm with some sort of BBQ/Bacon-ey glaze on the top to be sold on the menu, this one could be a winner!

After the sweet/savoury combo, we then tucked into three different sweet doughnuts, which included apple & cinnamon (although it might need a little more cinnamon if going on the menu), strawberry cheesecake “filth” (basically cheesecake mix stuffed into a doughnut, hell yes!) and a peanut butter cream (so rich, one of the American tasters amongst us suggested making it a “peanut butter & jelly” combo… now we are talking!)… they were all delicious and they started quite the conversation around the table about what memories doughnuts bring to us all when a good one is scoffed down! 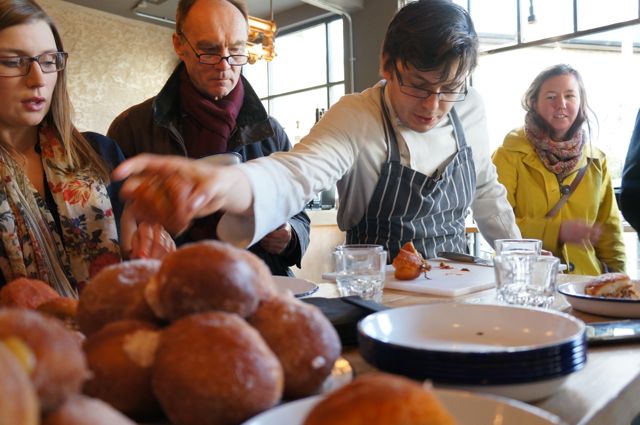 It was a fantastic way to spend a lunchtime and I am so excited to see a restaurant in Cambridge engaging with their social media followers in this way, it’s creating quite the experience for their diners and I think other venues could learn from these guys in this respect.

These new doughnut sensations will appear on the Smokeworks menu as a special offering over the next few weekends to see how well they might sell (I am guessing they will go quickly, but I hope they don’t, as then there’s more for me!) and then they well receive a well-deserved spot on the menu permanently if they are a hit. 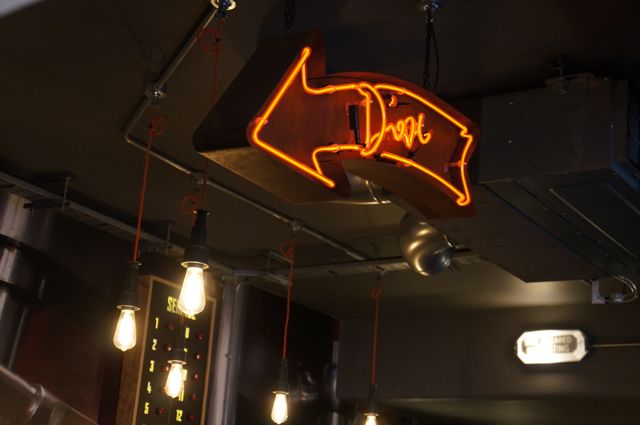 Flavours for this weekend (13th February 2015+) will be the Strawberry Cheesecake and my very own request of “Mojito Filth” after a fun conversation on what dream fillings we would like to see… I cannot wait to try my suggestion, I am more than intrigued! 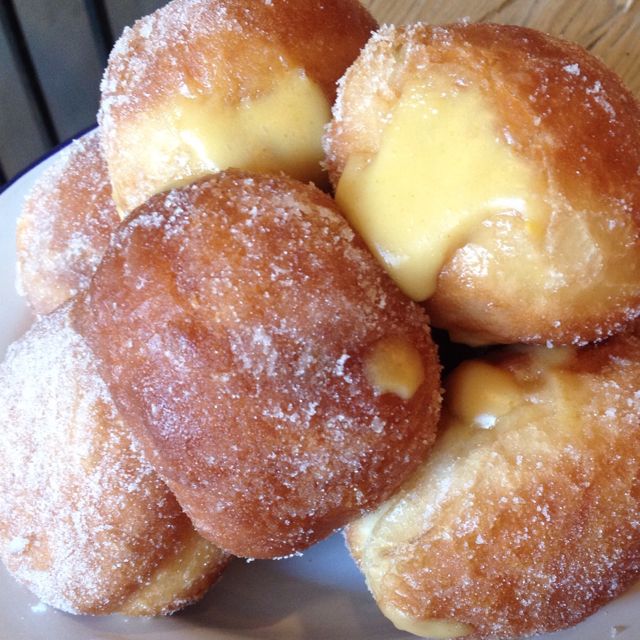 What would your dream doughnut flavour actually be (sweet OR savoury!)? 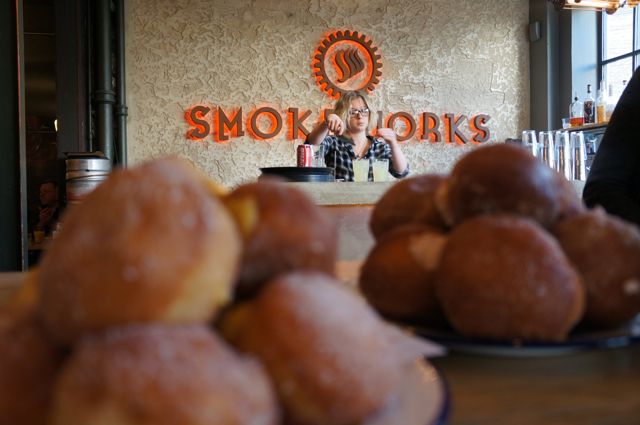 All images © 2014 Miss Sue Flay, these may not be used or reproduced without written permission from the owner, many thanks in advance.