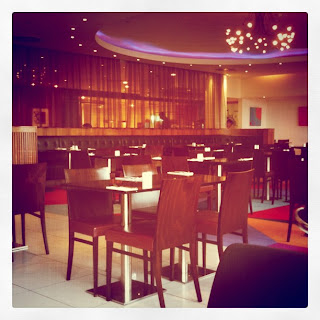 After a recent discussion with a lovely lady who left a comment on a blog post I had ranted on about the cost of afternoon tea and the fact that so many hotels, restaurants, shops and the like are jumping on the bandwagon and getting it so wrong, I fancied following her advice… So headed to our local John Lewis store in Cambridge.
She had recently visited the Oxford Street branch of John Lewis in London to escape the rain and had been surprised at what great value & just how delicious their afternoon tea tier was. She had also said that she visited the Cambridge store and hadn’t been as impressed. This has been in the back of my mind for some time now, along with a weekend of no plans, just relaxation, I decided it was time to give my local John Lewis a try for myself. 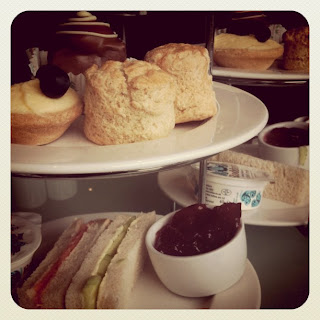 The Brasserie at John lewis in Cambridge is a gorgeous space with a peaceful view of the University Arms Hotel and surrounding colleges. With huge ceiling high windows, the natural light in this large, airy room makes it feel like a secluded retreat within the very centre of Cambridge.
Why on earth have I never thought to give it a try before?
Located on the top floor of the brand new John Lewis store in The Grand Arcade, you can either sit in their Espresso Coffee Bar for a quick brew & a pastry during your shopping trip, or you can grab a booth or a window seat in the larger Brasserie, which serves Breakfast, Lunch, even Roast Dinners on a Sunday and of course afternoon tea. 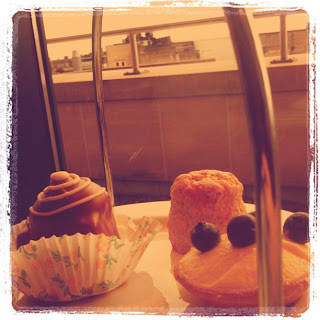 I naturally went for the tier, of which sounded like fantastic value, at just £10.95 per person, you are provided with finger sandwiches, scones, and a selection of cakes, not forgetting a pot of tea or coffee should you wish to add this to your order.
If you don’t require the beverages, you can have the tier on it’s own for just £7.95, however afternoon tea, in my opinion, is not complete without a cuppa in hand.
I went for a pot of Earl Grey with a pot of hot water to top up, much thanks to the lovely waiter for doing this, he was so friendly and couldn’t be helpful enough. On arrival, the cute 2 tier cake plate made me smile before it had even rested on my table, it was refreshingly different to any afternoon tea tier I have sampled for some time. It consisted of two delicate finger sandwiches, including a Cucumber, which could have done with some seasoning, but I will let them off hehe and a simple Salmon sandwich which was delicious. 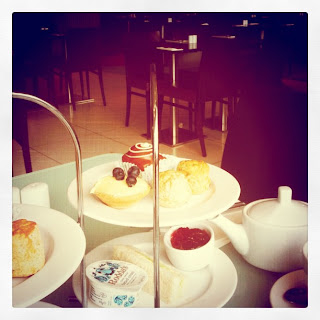 Two warm mini plain scones came with lashings of strawberry preserves and Rodda’s Clotted Cream and not forgetting the vanilla creme patisserie tartlet with fresh Blueberries which impressed me hugely, as you could tell that the pastry was homemade and not a shop bought cheater ; )
They also had a very pretty Chocolate Brownie French Fancy, which was filled with a vanilla buttercream and was the perfect end to a very indulgent late lunch & a fantastic end to a super weekend.
I also can’t fault the staff in anyway, they were friendly, knowledgeable and nothing was too much. For a large department store, it exceeded my expectations a million per cent, I truly was expecting a young waiter who wouldn’t be too bothered, but he was so helpful when it came to the menu and answering our questions and after we noted that they only had 15 minutes (as announced on the store tannoy) before the Brasserie closed to staff,  he advised us that it was just last orders at this time, but we had until near to 6pm if we wished, so there would be no rush, which made us feel at ease from the very start. 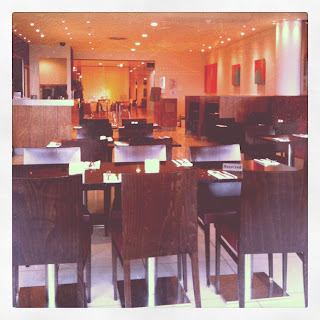 The only real downside would have been that compared to other afternoon teas, there could have been a little more savoury to balance it, but if you have a sweet tooth, this isn’t ever going to be a problem for you. It’s not a generic tea stand, there are no dull tray bakes or scones to make your tongue go fuzzy here. Just delicious, freshly made treats with a very short wait in this secret afternoon tea retreat, you will be pleased to learn.
Great value for money and fantastic service, I urge you to give it a go if you find yourself needing a light bite in Cambridge City Centre any day of the week, they are open for tea from 3pm with no need to pre-book, just turn up and enjoy the seclusion within this busy location. 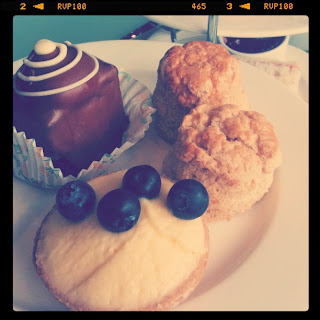 
Have you been to John Lewis in any City yourself?
Do share your thoughts below in a comment : )
Miss Sue Flay
x
5 Comments