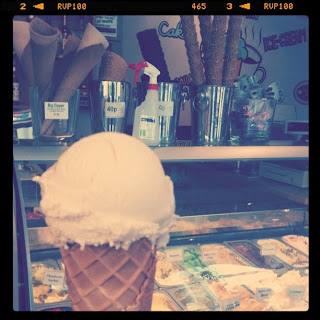 Ok, So technically Ice Cream isn’t Afternoon Tea fodder, however, it is when you incorporate dessert into this cold treat….
Twice recently I have found myself wandering around Cambridge on a really hot and sunny day, which is a rarity to be doing that once on a day off, let alone twice in a row lately – What a treat! 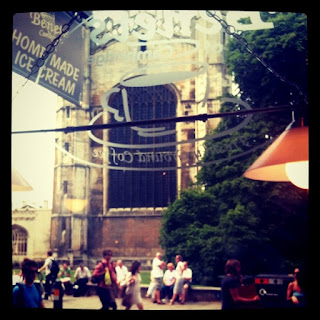 And so, naturally, taking a trip down Kings Parade to soak up the sun and the beautiful architecture whilst walking through Cambridge town centre recently, myself and Mister Flay stumbled across the new Benets Ice Cream Parlour… Yes, I did say it, new Ice Cream parlour.

How on earth had we missed this fantastic place?!…. We had no idea that they had planned to open this, knowing only that their ice cream concoctions are smile-inducing and delicious in every way. We had been told great things about it, but hadn’t yet sampled it, so to see a whole new parlour open in it’s honour meant we had to take a step inside and check it out – It’s only fair to Cambridge to try these things ; ) 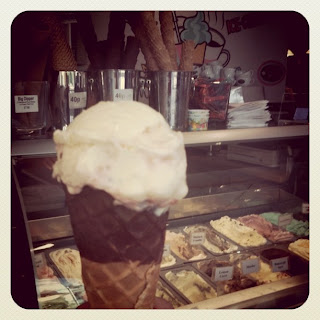 The parlour is adjacent to the Kings Parade Coffee shop and it has red leather chairs to sit on at the bar downstairs, or more seating tucked away upstairs should you wish to get away from the crowds. It has a real Grease/50’s feel to the place. I love it.

The first time we found this little gem, we jumped in both feet first and argued our way to the front of the queue to order our ice cold treats! We felt like kids for 20 minutes!
I enjoyed a scoop of Apple Pie Ice Cream in a small plain waffle cone and Mister Flay enjoyed a scoop of Banoffee – Both absolutely divine. 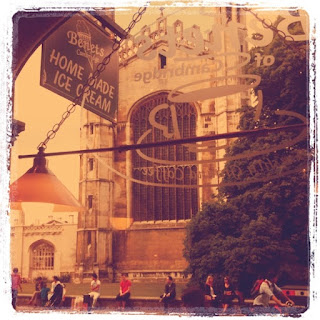 And then, we visited again this weekend after an amble around town in search of fake blood for my Zombie Tea Party… Strange errands I run, I know.
Mister Flay was stomping around like a child only wanting to leave after having an ice cream at Benets… How could we resist given the hot weather?… So we popped in for a different taste test. I ordered a chocolate tipped waffle cone with a scoop of Bakewell Tart Ice Cream, which was just heaven in a cone.
And Mister ordered a double scoop of Mocha, which has pieces of crushed coffee beans blended in – It was so much better than a frappuchino to cool you down on a hot coffee-craving day. 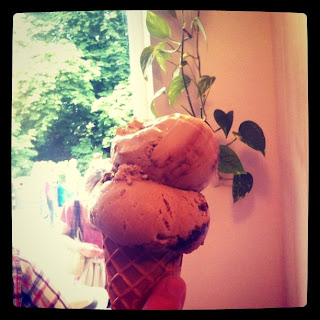 And the fact that all of their ice cream is made by themselves downstairs in the basement, just gives this family-run business an edge that some other coffee shops in town just don’t have. Apprently they are also open until 10pm most nights, so well worth heading down there for a well-deserved treat.

Their flavours change regularly, and on our second visit there were new flavours that hadn’t appeared the first time – Including Ferrero Rocher, which sounds intriguing.

If you haven’t been to Benets new Ice Cream parlour yet, then get yourself down there (Opposite Kings College Chapel on Kings Parade) as soon as you head into town – I just can’t rate it enough!

Such a new and central, yet still slightly secret gem right here in Cambridge.