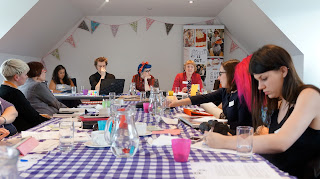 On Saturday 11th May 2013, a secluded (and very secret) Cambridgeshire location played host to The Secluded Blogfest – a second blogging & inspirational event for 17 fabulous guests.
This was an unusual event in Cambridge where guests stumbled upon a breakfast of bacon sandwiches, a selection of Layer Cakes made by Mr Cake himself, a lunch provided by a fabulous Cambridge-based supperclub and were even invited to bake a cake and bring it along for a mini version of a Clandestine Cake Club in the afternoon. It was an event with superb food & drink, as well as exceptionally talented & friendly speakers and fellow bloggers. 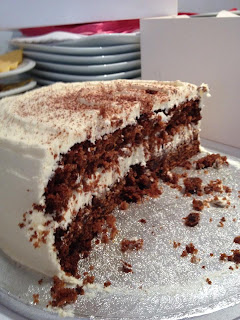 The Cambridge-based Golf & Leisure Club that we used was taken over for a full day, joining myself & my 5 guest speakers to get inspired and meet others with the same interests whilst making new friends and using the wifi to blog, tweet and facebook their inspiration as they gained it. 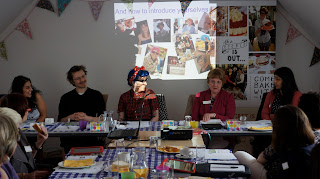 After the success of the very first Secluded Blogfest back in November 2011, it was time to offer a second helping of this event for writers, bloggers & their friends.
We were lucky enough to be joined by ReeRee Rockette of Rockalily, who had been to talk at the first Blogfest and she was willing to return to update us on her adventures, of which there have been many exciting changes since the first event… 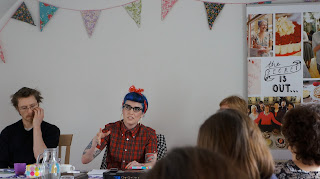 ReeRee actually started blogging as a way to run a personal blog to chat away as a Librarian… it was aptly titled “Too loud to be a librarian” and this is where her blogging started, much to the interest of our guests, who had no idea this was the case before moving onto Rockalily.
This lady has had quite a colourful past career wise, much like myself, she is inquisitive in nature and tries new things, following her nose and her heart at the same time, I admire this hugely.
ReeRee has worked as a stage manager in a burlesque club, as well as entering into the world of “Rockalily” as a “pin up masseur” to start with… for just over a month, before moving to “Rockalily Lipsticks”, of which she really started to make a name for herself through this small bedroom start up company. Her advice was invaluable and she gave us a run down of her favourite business owners and bloggers, as well as helping us to think about who our readers & customers are and how to identify their needs –  “Engage & interact with your readers, you won’t regret it”.
She doesn’t apologise for her actions and had no worries with telling us that she wants to write a book as well as to be a millionaire, she has a head for business and is loving every minute of running her new hair salon, of which has been opened for a year now. She has customers visiting her that have read her blog for years, as well as passers by who note her pet dog, Ellington, in the window – Ellington even has his own Facebook page as the Salon’s very cute mascot! 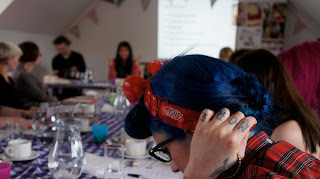 Following ReeRee, I had invited a favourite Cambridge-based blogger and now, my personal friend Deepa Mistry of Lazy Giraffe Jewellery to talk. It was her first attempt at public speaking and I know just how petrifying it can be, but she did fabulously, as I knew she would.
This lady is one talented cook, baker, jewellery maker and events & social media expert, without sounding cheesy, she’s multi-talented and I met her at my very first Secluded Tea Party event, where she had booked as a guest. She then went home and blogged about me… I followed her blog from that day and over the last 3 years, we’ve become food buddies and co-hosts of the Cambridge Clandestine Cake Club. 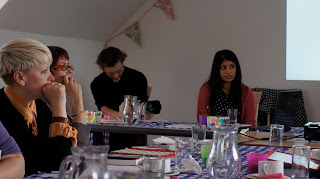 Deepa talked to our guests about her blog and where it has taken her, how she got started and the lessons she has learnt along the way – “Be original & honest, check your spelling, never copy and always give credit where credit is due”.
She advised that it’s great to have something to educate your followers with, so have (or learn) a skill that you can be known for and people will come back for more and if something goes wrong, simply admit it – it shows you are human and allows you to have a laugh with your readers! 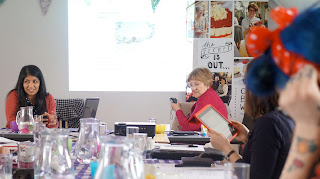 Deepa is a blogger to watch, not only does she blog about her baking & food-based exploits, her stunning jewellery has just made it onto “Not on the High Street” website, but she is also about to start plotting some Indian Supperclub events in Cambridge this summer, which is so exciting I can’t help but start wondering where they might be! She shared a few of her favourite supperclubs and restaurants, but she did admit that there is a real lack of good Indian food locally… 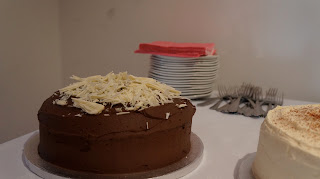 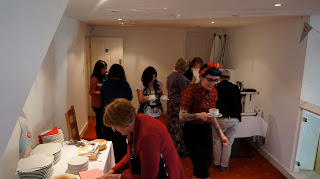 We had cake provided by our fellow Cambridge Clandestine Cake Club member, Chris Holmes, better known as “Mr Cake” who was recently in the press for sending his bosses a resignation letter written onto one of his infamous Passion Cakes… of which we got to enjoy (as well as a naughty moist chocolate cake), it was deliciously spicy and sweet, perfect with a cuppa for elevenses. Thanks Chris, it was great to finally try your cake and equally good to know that you can buy a wedge at the Gog Magog Farmshop Cafe should you fancy a slice whilst visiting!
There was a lot of talk on books, pubslishers & self-publishing throughout the course of the day and a good point made by one of our speakers was that publishers don’t always sign authors, they sign experts, so you never know where your exploits may take you.
A prime example of this is my lovely friend, Mr William Hanson, who is an etiquette specialist and has just been signed to pen “The Bluffers Guide to Etiquette” 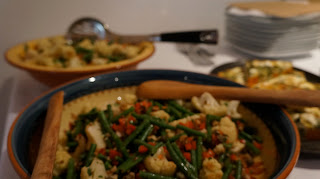 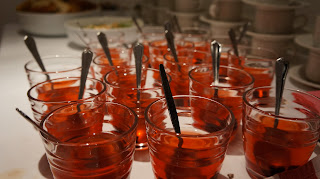 We were also provided with a gorgeous Mediterranean buffet lunch by The Clandestine Gourmet team, a local Cambridge-based supperclub and their food was the perfect fuel to keep us going for the afternoon. We had Tomato gazpacho consommé with beetroot jelly, Roast cauliflower salad with green beans & peppered walnut, Maneesh with pea & feta dip, Asparagus, pumpkin & goat’s cheese frittata and their trademark Blueberry cheesecake for dessert. I can’t thank them enough for standing in at the last minute, they were the best decision we could have made and did Blogfest 2013 proud! 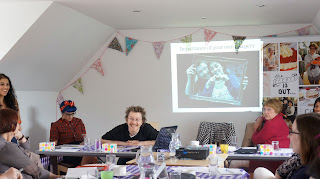 Once everybody was fed and happy, Lina & Tom of Liquid Photo began their talk starting with a fun slide that was simply titled “Oo look – Pretty pictures!”… which was really what they wanted to educate guests with this afternoon. You may write beautifully, but a photo or picture may in fact be what is enticing your readers with approximately 3 seconds to catch somebody’s attention, so you need to ensure that you get the photography right from the very start. Not forgetting watermarking images, a big topic of discussion within the group.
This talented duo have been taking some of my event photos over the last few years and I feel comfortable in their company, which can be half the battle when having your photo taken if you aren’t as confident as others, it makes for a more natural picture I feel and is why I asked them to speak at this event, as they have a lot of expertise in many areas of imaging & photography, running The Cambridge Darkroom as well as their own company. 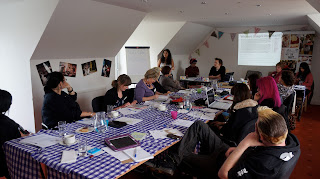 They mentioned some inspiring brands such as Kat Williams of Rock N’ Roll Bride
and Mashable.com as two of the top blogging sites worldwide and their websites and blogs are an inspiration, of which we agreed and discussed our favorites including bigger brands as well as lesser known blogs too.
Tom & Lina also advised that size matters when it comes to images, so to ensure that readers aren’t having to squint when looking at a photo, but also how to not stretch your images to buggery at the same time. It really helped us to learn how to take a better picture. 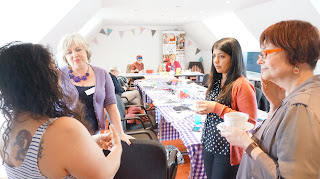 We finished the day with my friend and fellow-cake fanatic, Lynn Hill, Founder of The Clandestine Cake Club, a cake “sharing” club that now has over 9,000 members within 180 member-run clubs worldwide. It all started with just 11 attendees and 6 cakes in Lynn’s dining room in Leeds, with 1 man who actually fell asleep after eating so much cake in one sitting ; )
Lynn talked about the idea and how it ll came about, through to the media attention she started to get including BBC’s “The One Show” and “The Alan Titchmarsh Show” & the fun she and some of the CCC members had whilst being surrounded by names such as Paul Hollywood, Arlene Philips and Gok Wan – Surreal was one word for the experiences. 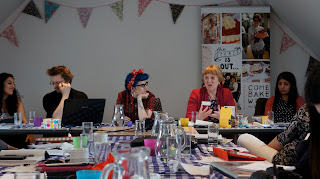 Lynn talked about her love of social media and how much it has helped to spread the CCC nationwide, as well as being a source of help in an hour of need – as the Cake Club website went down under the weight of traffic after being featured on BBC One, but Twitter came to the rescue and helped her to source somebody who could help her sort it out again!
Her first book was published in February 2013 and it features members’ recipes (see Page 210 ahem ; ) and she advised that if you ever get  chance to write your own book, to do it!
And never under estimate that “Spam-like” email in your inbox from a journalist… you just never know where it might lead.
We even had our very own mini Clandestine Cake Club to finish the day, thanks to guests who baked some lovely concoctions & entered into the spirit of it! 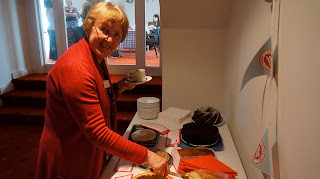 All of our guest speakers were inspiring, as were our fabulous guests, all who discussed their plans and blogging adventures with us throughout the day.
The Hashtag on Twitter went crazy (#Secludedblogfest) and helped to get people engaging and networking throughout the event. I know I came away feeling overwhelmed, I just hope it helped my guests as much as it did me. 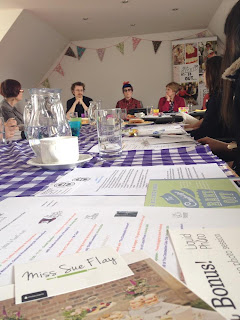 I don’t plan to give away all of the secrets & tips learnt here… you will have to contact me directly or my guest speakers for their advice & time if you want the full picture ; )
Now to focus on MissSueFlay.com….
It’s about to be launched, so keep your eyes peeled!
Miss Sue Flay 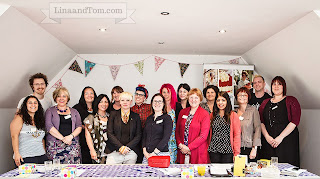 PS – Full Photo album of this event can be found here.


You can also view blog posts from some of my lovely guests since this event,
as follows:
ReeRee Rockette