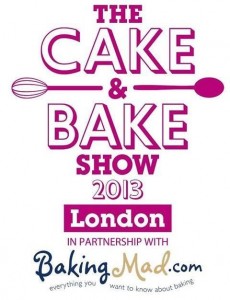 After last years Cake & Bake show and a lot of disappointed feedback from guests on how “cupcake” orientated it was, the organisers took nothing but feedback on board and they blimmin’ well listened – hurrah!

They have since hosted an even in Manchester, so they took all comments (the good, the bad and the ugly) on board and tweaked it after listening to what the crowds wanted in their cakey heaven.

Cut to a rainy Saturday morning, a little bleary eyed even with a coffee down me on the way down, stood outside Earls Court, London waiting for our chaperone.

Myself and my co-host of the Cambridge Clandestine Cake Club, Deepa (something we both do voluntarily for fun) were offering ourselves to help on the CCC stand at The Cake & Bake Show. 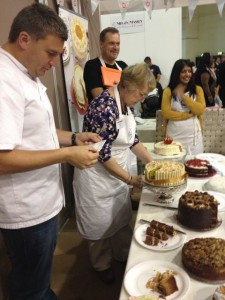 We were met by the Clandestine Cake Club creator and my good friend, Lynn Hill, who had the stand there the entire weekend and was taking a set of new volunteers each of the days to keep the stab fresh faced. 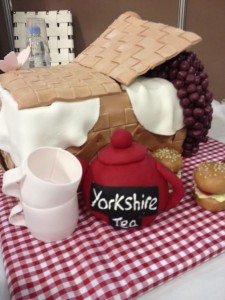 We hopped up through the VIP entrance and passed the gorgeous an welcoming Eric Lanlard who stopped to have a chat before heading off to his own stand. We were joined by the host of the Epsom CCC, Andrew for the day and we ha a blast talking, thinking, eating and breathing cake. 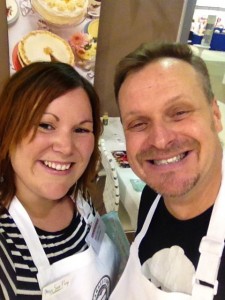 Between recruiting new members for this international (and very secretive) cake club, we got to wander and meet some of our baking idols.

Before the show opened to the general public, we got a chance to wander ahead of the hoards. We met Edd Kimber who was setting up for his bread demo and he was quietly (but very professionally) panicking about the lack of ingredients and he was ever so friendly and welcoming. 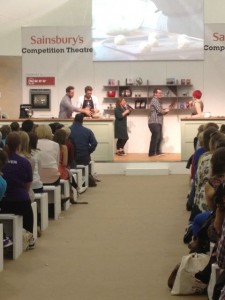 We also bumped into some of the 2013 Great British Bake Off crew including Glen and Rob, both who chatted with us, not giving anything away as we talked about our favourite baking show.

Dan Lepard was also there, hosting a series of talks and demonstrations with the Sainsbury’s stand and he came over to the stand to talk to us about cake and have us a short lesson in sourdough towards the end of the day. He was inspiring and just listening to his infectious and passionate love for real bread made us all want to go home and get baking. 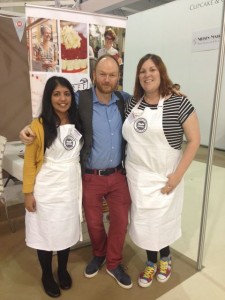 Deepa bought one of Paul A. Young’s Marmite brownies (she said it tasted good, but I couldn’t bring myself to do it haha) and he was ever so friendly, waving at us each time he walked past our stand throughout the day, everybody was just so nice and there was a real sense of community here. 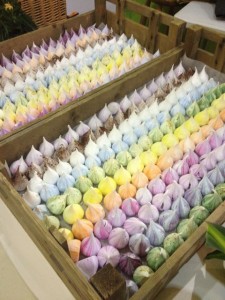 The cake world really is a friendly place! 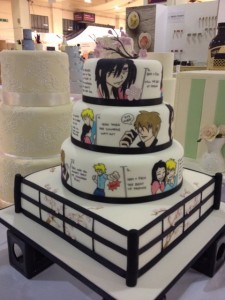 I had such a great day and I was in my element looking at all the stands and cakes for inspiration. It was fantastic to see Alison Appleton and her team there selling their stunning tea sets and showing off their new loose leaf tea selections and tea towel prints, we even got a taste of their green tea and a quick lesson in the science of making it (it’s the temperature of the water that can make green tea turn bitter) and I “may” have spent a few pennies on a new tea set for my own tea boudoir. Ahem. 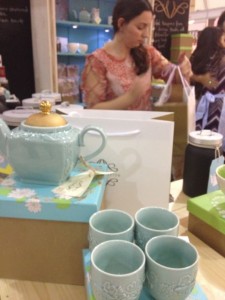 I finally got to meet Sue at Tea with Tom whom I’ve been chatting to on twitter lately and also the very talented Charlotte White from Restoration Cake in between her workshops and was in awe of her red rose tiara, along with everybody else who met her that weekend!
And talking of headwear, the colourful Ms. Cupcake also had headwear to be jealous of in the form of a cupcake tiara. I think next year there should be a cake-based headwear stand to buy these gorgeous creations. 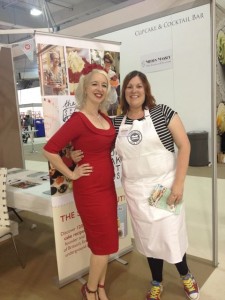 The weekend was a great success for Lynn and I think we all managed to recruit hundreds of new Clandestine Cakers. We hosted a cake competition on each of the days too and were joined by Peter Sidwell (From ITV’s Britain’s Best Bakery) for each day to help judge the winning cake, which won a kenwood food mixer based on taste. The winner from our day was a simple cider and apple cake and it was truly delicious, a worthy winner, with the runner up being a carrot cake flavoured picnic basket, complete with earl grey Yorkshire Tea teapot. 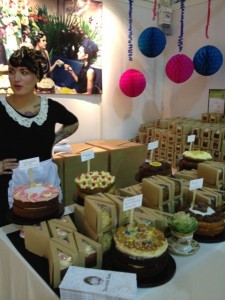 We finished our day with dinner and cocktails at Ceviche in Soho, which was well deserved and craved after I visited their popup Supperclub in Aldeburgh earlier in the year. 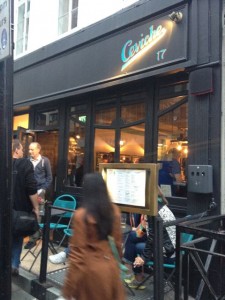 Roll on the next Cake & Bake Show! 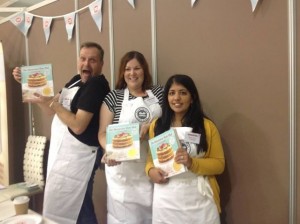