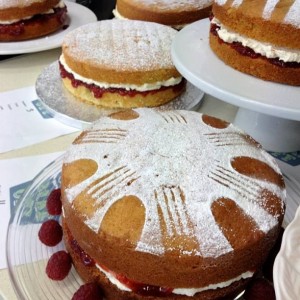 I was lucky enough to be invited not only to judge The Cambridge Bake Off, but for the second round I was also invited to come to the Cambridge cookery School to watch all 3 physical baking sessions for this round and see the contestants baking their concoctions in *real time*.

After 100 chocolate cakes in the first round, we had whittled the number down to 36 for this round, where they were invited to bake their Victoria Sponge recipe.

The rules were simple, bring along ingredients to bake a traditional Victoria Sponge, but how you make it, what methods & ingredients you use, is completely up to you. 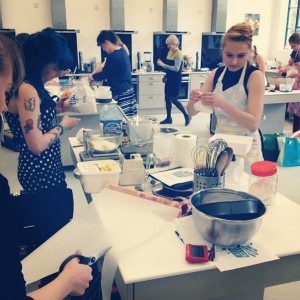 Every cake was so different and the concentration on everybody’s face was brilliant, they all wanted to win and were sussing out their competition around them as they whipped & baked away. I would have been nervous as heck, but they all seemed very cool, calm & collected.

We got to wander around to watch them all in action and very much enjoyed learning some new skills and baking tips ourselves from the bakers. This was a fantastic element of the bake off in itself.

The background music helped to relax the nervous bakers and break through the initial silence, with the fantatastic support from the cookery school team supporting them as they helped to load up the ovens and set timers, etc. Lots of “tongues of concentration” were poking out in the third session of this round in particular – it was hilarious to watch. They all said how nervous they were, but they did brilliantly. 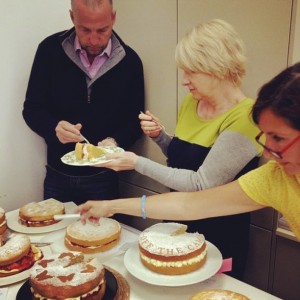 “Bonne Maman” Jam had helped to sponsor this round, having got in touch with us to send the jam and some cookbooks for the contestants to use afterwards, this was fantastic news and did this round proud with their delicious conserve. One lady had even made her own homemade jam, this was gorgeous too.

The contestants had to be whittled down to just 6 for the next round and it was even harder than the first week to decide on which were to go through. But the winners were all worthy for a combination of taste, texture and appearance. 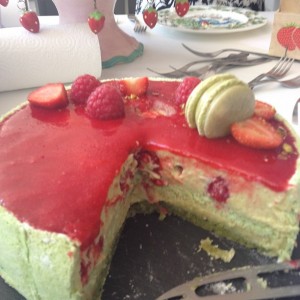 The 6 semi-finalists were invited back to the Cookery School on Sunday 30th June for a 2 hour baking session to make a cake or treat featuring fresh fruit and crème patissière, but no other rules around it, they could get as creative as they liked.

It was a very exciting round indeed, with some very creative concoctions and some serious faces for this tough round. The bakers had been practicing all week and one lady had said she was feeding her husband lots of samples, even though he was diabetic… she sounded like she was trying to off him with cake, what a way to go hehe ; ) 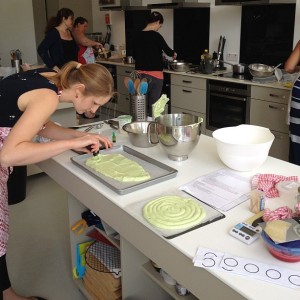 Alice Ryan from the Cambridgeshire Journal joined us for this round, helping us with the tasting, naturally, as well as getting to know the semi-finalists, finding out more about their backgrounds and the support from their friends & families throughout the process. It was fantastic to have this lovely lady joining us for the judging, as she is also a big cake fan and she will be joining us for the final too, hurrah. Some cakes were SO good, that Debora (From Biscotti Di Debora) and I even went in for a second sample of the same haha, we were naughty!

When it came down to the tasting, it was difficult to choose just 3 of them to go through to the final, but the winners were Rachel Stonehouse, Sarah Crosby and Fiona McDuff – well done girls, all 3 treats were stunning and very different in their own way. It’s a shame the other 3 contestants didn’t get through, but they did amazingly well too and were sent home with some fabulous goodies as runners up, I was in fact a little envious of them for that ; ) 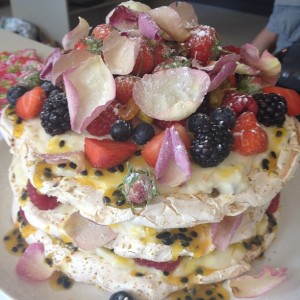 I think the choices we made will make for some VERY exciting hours in the final this coming Saturday 6th July at the “Big Weekend” on Parkers Piece, come down and watch from 12:30pm – we even have the mayor coming to join us for the prize giving!

As a judge, I have also had such a great time being part of the process, not only in learning new tips and tricks myself along the way, but I have really enjoyed getting to know my fellow judges a little and I will miss seeing them every few weeks once this ends… I am hoping I will be involved next year so that we can join forces again, it’s been amazing so far – bring on the final!

It’s now getting very exciting indeed – with the final round being a test of their “Celebration Cake” style! 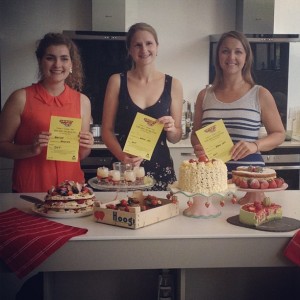 Who will be the ultimate winner?!
– It’s anybody’s guess, they are all fantastic bakers, so I’m genuinely EXCITED about this, with the prize being a KitchenAid Artisan Stand Mixer amongst other great giveaways including a baking lesson with yours truly!

You can view my full Facebook photo album of round two here.

And view my full Facebook photo album of round three here. 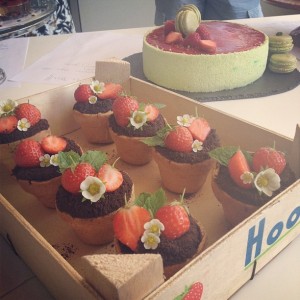