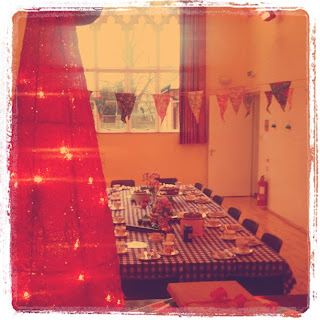 Last Sunday afternoon, had you walked through the door or peeped through the high-ledged windows at a very small and pretty village hall somewhere in the deepest Cambridge Countryside, you would have seen 16 very excitable and smiley guests playing what looked like, can only be described as, an extremely random & festive game of “pass the parcel” with lots and lots of Xmas presents around an afternoon tea table.

And guess what?
That is EXACTLY what we were up to : ) 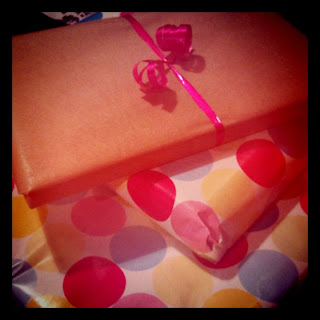 It was the unwanted (Or as I had nicknamed it, crap) Xmas Present Swap tea party, where my guests were invited along to join me for afternoon tea whilst wrapping up an unwanted or novelty Xmas present, labelled from Secret Santa of course.
The event was even picked up by The Express on Sunday, a National newspaper on news year day, which was very exciting for me indeed! 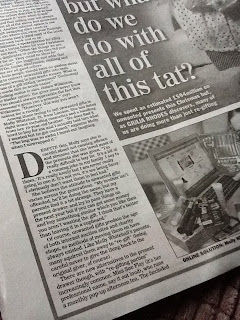 On arrival, guests were asked to place their gifts under (well in fact, around, as it was fairly small) the little Xmas tree placed on top of the piano at the top of the table of this fabulous tea party venue of mine. 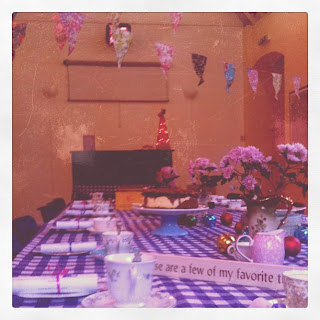 Once everybody had arrived and settled in, ensuring that they had tucked into the refreshing cucumber and ham & garlic jam finger sandwiches on offer whilst slurping on a raspberry & rose sparkling drink in my beautiful little jam jars, I decided on the best ice breaker to get everybody chatting and giggling even more than they were already doing.
As my new gramophone has yet to be presented at The Secluded Tea Party, I thought it would be the perfect opportunity to show it off. However, as I only have 2 records for it currently, I wasn’t going to have it on loop all day as I didn’t want to annoy my guests, so the airing of my Edith Piaf “La Vie En Rose” was very important indeed. 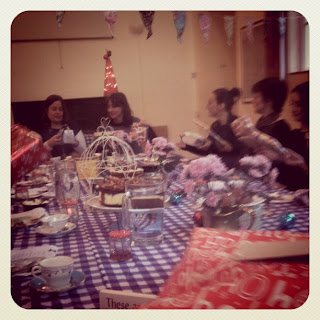 So, on it went and off we set playing a very large version of “Pass the parcel”, chucking our gifts around, the cheaters slowing down when they were holding a gift they had felt up and decided they wanted (tut tut tut) and we managed to keep them moving around the table throughout the entire song. Once the needle had lifted to stop the song, the gifts we were holding were ours to open & keep and laugh over just how unwanted they were! 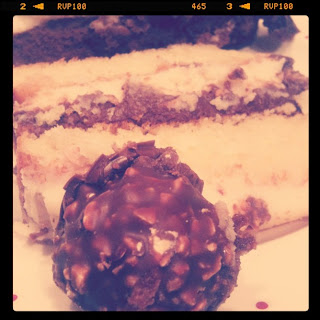 Hehe it was amusing to say the very least. Some (un?)lucky guests were even holding 2 gifts when Madame Piaf had finished belting out her heartfelt song and the gifts included such delights such as a floating lily bath plug, an alien conspiracy book, a wicker heart (my gift from Santa which I actually love!), a mini panettone, a silk scarf, novelty greetings cards in a presentable box for our gentleman guest and a giant mug.
One of our guests received a novelty sewing kit which was going to be sent to a family in Krakow where she knew a little girl who would absolutely love it, so it was a nice feeling to know others will benefit from this swap : ) 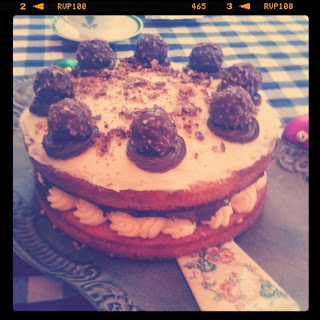 Guests came as friends and couples, as well as some who came alone, there was a real mix, which is what I just love love love about The Secluded Tea Party. Everybody nattered and circulated and some local networking and idea swapping went on over a warm scone and dollop of Forest Berry Jam and a slice of my conjured up Ferrero Rocher Cake which went down a storm. We didn’t need background music, as it was drowned out by the buzz around the table. A smile was permanently on my face for this very reason. 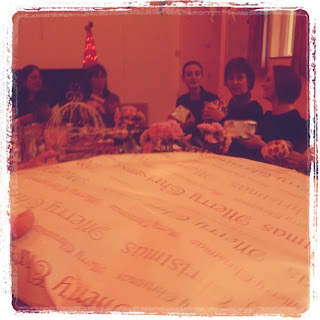 Conversation moved at a fast pace, from Chinese students and tours of Cambridge Colleges to afternoon tea-inspired jewellery right through to zombies and bleeding heart cupcakes (Yes, it has been done with The Secluded Tea Party!). It was varied to say the very least. 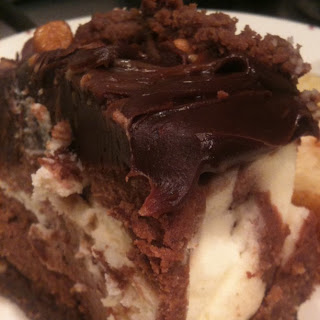 One of the highlights of the table this time around was the marbled Chocolate & Peanut Butter Cheesecake which was worth the 2 days of baking, setting and swirling without even a lick of the spoon to taste. The wait was worth it, for both myself and for my guests who had been teased with photos of on Facebook & Twitter beforehand. It was amazingly rich and naughty and worth every mouthful, with some guests demanding that they take some home for their partners as it was too good for them not to sample – Not that there was very much left at the end of the afternoon. 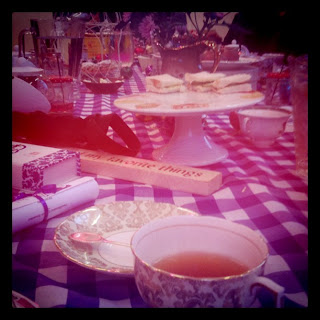 It was like a second Christmas and I had been excited about this for weeks after Xmas had in fact been and gone and once all of our presents had been open and the food had been consumed, we all had that very familiar post-Christmas feeling all over again. The only downside to the affair, but worth it, considering the fun and new friends we all made. 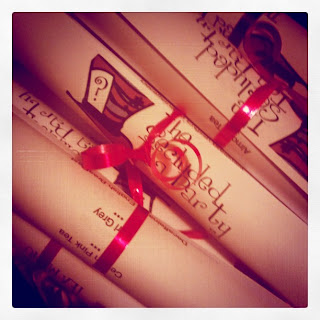 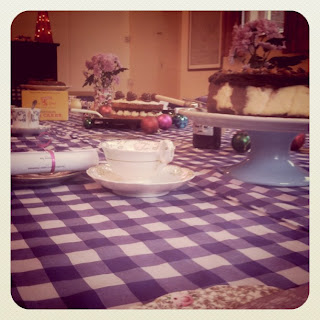 This idea worked so much better than I could ever imagine, I genuinely didn’t want it to end …
And remember, save your crap and novelty Xmas gifts for The Secluded Tea Party… which will be brought back to Cambridge in 2013, along with our non-expensive New Years’ Eve tea party celebrations that won’t break your bank balance! 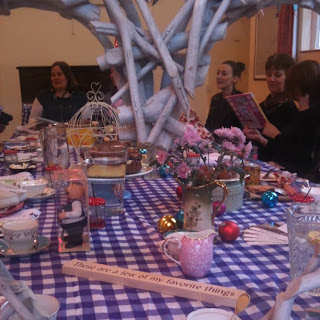 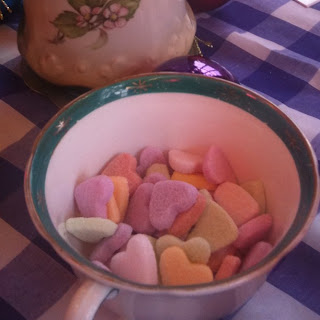